The ISA as a political tool

The second instalment of a five part excerpt from an Amnesty International report, first published in 1980.

(ll) A political background to the use of the ISA

Since 1959 Singapore has been governed by the People's Action Party (PAP) led by the Prime Minister, Mr Lee Kuan Yew. The People's Action Party, founded in 1954, was a broad-based political party espousing a socialist program with backing from the mass of largely Chinese-speaking unionized labour in Singapore, but also from the English-educated Singapore Chinese intelligentsia. This coalition was however always fragile and tensions occurred between the two wings of the party, particularly as the British, who were responsible for internal security until 1963, did not hesitate to detain without trial the more militant and left-wing nationalists within the PAP. In 1959 the PAP won the general elections and Lee Kuan Yew became Prime Minister. 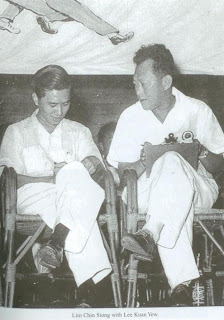 Two years later, in 1961, the left-wing of the People's Action Party, led by Lim Chin Siong, broke away, and established its own party, the Barisan Sosialis (Socialist Front). The Singapore government has repeatedly alleged that those who broke away were pro-communist but it is of interest to note that 80% of the PAP membership are estimated to have left the party at this time.* Soon after the split an agreement was announced, in August 1961, for the future merger of Singapore and Malaya. The Barisan Sosialis opposed merger and sought to test its strength in elections to be held in 1963.

On the morning of 2 February 1963, however, the Singapore security authorities arrested 133 persons who were active in the anti-government opposition and who opposed merger with Malaya. Among those arrested were leaders of the Barisan Sosialis including Lim Chin Siong and Dr Lim Hock Siew as well as newspaper editors, trade unionists and university students. Despite this the Barisan was still able to obtain 33.5% of the votes in the 1963 elections, against the PAP's 46.9%.

Singapore's participation in the Federation of Malaysia was shortlived, as indeed the Barisan Sosialis leaders predicted, and in August 1965 Singapore left the Federation to become an independent republic. The Barisan leaders and other opposition figures arrested in 'Operation Coldstore' were however to remain in detention without trial under the Internal Security Act for many years to come. The Barisan leader, Lim Chin Siong, was released in 1969, after spending many years in solitary confinement. Reportedly administered drugs which intensified depression, Lim Chin Siong left prison and went into exile in England.

Whilst the bulk of the 'Coldstore' detainees were released in the late 60s and early 1970s, five men remained in prison in 1978 who had been arrested in 1963. The five were Dr Lim Hock Siew, Dr Poh Soo Kai, Lee Tse Tong, Ho Piao and Said Zahari. All five have consistently refused to make the ritual 'confession' that the Singapore government insists upon as a precondition of their release. One of the five, Dr Poh Soo Kai, was released in November 1973 only to be rearrested in June 1976. Two others however, Dr Lim Hock Siew and Said Zahari, former editor of the Malay-language newspaper, Utusan Melayu, were unexpectedly conditionally released on 18 November 1978 and exiled respectively to the offshore islands of Pulau Tekong Besar and Pulau Ubin. In August 1979 Said Zahari was released unconditionally and allowed to return to his home in Singapore. Meanwhile, Dr Poh Soo Kai, Ho Piao and Lee Tse Tong remain incarcerated in Moon Crescent Detention Centre.

Following the establishment of an independent Republic of Singapore on 9 August 1965 Singapore embarked upon an ambitious program of economic development which has brought considerable benefits and achievements to the country. It is internationally recognized that living standards in Singapore are second to Japan in Asia. The Republic's housing and welfare policies have likewise gained widespread international praise. At the same time however advances on the social side have been accompanied by rigorous internal political repression that has led not only to the virtual elimination of opposition political parties but also the emasculation of any critical thought in the newspapers, trade unions, universities and legal profession.

The People's Action Party, which has now governed the country for twenty years, has not faced any effective political challenge since the Barisan Sosialis' defeat in the 1963 elections. With the Barisan Sosialis enfeebled by the detention and exile of its leaders, no other political party has emerged to take its place. In the last three general elections the PAP has captured all the seats in the Singapore parliament.

The PAP government has rigorously harassed all dissent and any potential opposition grouping in Singapore. One of the chief instruments of this policy has been the Internal Security Act. From 1963 to the early 1970s the number of political prisoners in Singapore fluctuated between a maximum of 250 and a minimum of 70. In the years 1963-1965, arrests far exceeded releases, whereas in the late 1960s this pattern was reversed. New waves if arrests occurred in 1970 and in the period 1974-1976.

The approach to preventive detention adopted the Government of Singapore is both selective and sophisticated. When the Government has felt that it faced growing criticism among certain circles, it has often reacted by arresting prominent individuals in those fields. A variety of techniques are then employed to extract 'confessions' designed primarily to discredit those individuals. A number of illustrative cases may be cited.

T T Rajah is a well-known Singapore lawyer who was active for many years as one of the few members of the local Bar willing to defend political prisoners. In particularly, T T Rajah was prominent in the defence of political prisoners at Moon Crescent who went on hunger strike in 1970-1971. The detainees had been told by the authorities that they had to work, but the prisoners rejected this on the grounds that it was incompatible with their status as political prisoners. Several of them were beaten and they were force-fed with their hands tied behind their backs. T T Rajah was not allowed access to them and he therefore brought court proceedings by way of mandamus and took out summonses against individual Special Branch and prison officials who had allegedly beaten prisoners. It was the first time ever that such summonses had been issued. However soon after the court proceedings began disciplinary proceedings were brought against T T Rajah by the Attorney-General on the grounds of contempt of court. Several months later, on 20 June 1974, T T Rajah was arrested and detained for eighteen months without his charge or trial under the Internal Security Act. Following his release on 12 December 1975 he has been prevented from having any professional contact with political prisoners as one of the conditions of his release.

It is not surprising, given the facts in the T T Rajah case, that the Singapore Bar Association, unlike its counter-part in neighbouring Malaysia, Indonesia and the Philippines, has not been vocal in the defence of human rights. Likewise the arrest and harassment of many newspaper publishers, editors and editors such as Lee Eu Seng, Lee Mau Seng, Shamsuddin Tung, Arun Senkuttuvan and Ho Kwon Ping has succeeded in achieving the Government's aim of purging the press of critical voices.

The Singapore Government has also tried to ensure that the universities not become centres of dissent. Until 1978, students wishing to enter university in Singapore were required to pass a political vetting procedure in order to obtain a 'suitability certificate'. Successive generations of Singapore student leaders have found themselves subjected to the rigours of imprisonment. Tan Kim Oh, a Nanyang University student who was one of the leading opponents of the introduction of these procedures, has been detained under the Internal Security Act since 1966. In 1974, Tan Wah Piow, President of the University of Singapore Students' Union, was sentenced to one year's imprisonment on rioting charges. In April 1979, Tan Teng Lim, a lecturer, and eight other past and present members of the Singapore Chinese Society were arrested. All except Tan were reported released in June 1979 after they had admitted involvement in pro-communist activities and 'recanted'. Tan Teng Lim, too, 'confessed' to links with the Marxist-Leninist faction of the Communist Party of Malaya but continued to be held in detention after his 'confession'.

In short, the very groups that have been forthright in public criticism of human rights violations in other Southeast Asian countries - the legal and journalistic professions, the churches and universities - have in the case of Singapore been reduced to the role of acquiescent observers.

Arrests in 1976/1977 of persons who had been critical of government policy regarding human rights has had the added effect of further intimidating public opinion in this field. In May 1976 the Government announced that 50 alleged communist suspects had been arrested in recent months. The announcement was made only days before the Socialist International was to meet in London to discuss a motion by the Dutch Labour Party that the People's Action Party should be expelled. When the Dutch Social Democrats refused to withdraw their motion, the PAP announced its departure from the Socialist International. More arrests followed in Singapore of persons alleged to be supporting the 'Eurocommunist plot' against the Republic. Foremost amongst those arrested was Dr Poh Soo Kai, a former Barisan Sosialis leader who had already spent ten years in prison without trial from 1963 to 1973.

The following year, 1977, saw further arrests connected with the PAP's withdrawal from the Socialist International. These started with that of G Raman, one of the few Singapore lawyers who had taken up the cases of political detainees. In a 'confession' made within days of his arrest, Mr Raman implicated many others in alleged plots against the Government including Dr Poh Soo Kai. Other arrests followed. 'Confessions' were made by a number of those detained, but it should be noted that none of these 'confessions' contained any substantive evidence of a 'communist conspiracy'. Indeed, an allegation made in G Raman's 'confession' that Dr Poh Soo Kai had helped an alleged terrorist, was later withdrawn. Nevertheless, Dr Poh Soo Kai remains in detention held without charge or trial.

Political detention in Singapore : Prisoner case histories
The ISA as a political tool
Life in Singapore's political prisons
Surviving long-term detention without trial
Detention of journalists and lawyers under the ISA
Posted by MIng at 10:35 AM