An open letter to PAP : Torture and the abuse of ISA

Hundreds turn up at rally against arbitrary detention
Singaporeans commemorate the ‘Marxist Conspiracy’
Blue or red pill? by Jeannette Chong-Aruldoss
In Memory of 1987 by Siew Kum Hong
The ISA is an impediment to building an inclusive society by Ravi Philemon
Singapore: A Place Where Wealth and Status is Preferred to Kindness and Humanity. (includes video links to speeches by Dr Vincent Wijeysingha and Martyn See)
Videos of speeches (requires logging into Facebook)
Photos by Lawrence Chong (requires logging into Facebook)
Photos by Yahoo!
That We May Dream Again - Video Highlights
Video of speech by Martyn See 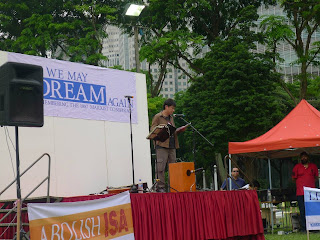 Firstly, you are endorsing the abuse of the law, particularly the ISA. The ISA have been used to arrest and detain without trial thousands of citizens who had posed no threat to the security to the State, except to the security of one political party - the PAP. The ISD and its network of informants and goons have quietly terrorized and intimidated two generations of Singaporeans into political submission. It has a created a nation where its citizens are afraid to participate in politics. It has a created a democracy where until the last general elections, about half of the electorate have never voted because the opposition could not find candidates to contest in the general elections. This has allowed the PAP to rule uninterrupted for more than 50 years, implementing policies that has increased the widening of the income gap and forced many of our senior citizens to work until their death.

Secondly, if you a member of the PAP, I would hold you responsible for endorsing the use of torture against prisoners detained under the ISA. Some of the methods used to extract false confessions include sleep deprivation, prolonged interrogation in cold rooms, solitary confinement, physical beatings and electric shocks. The following are excerpts of torture documented by Amnesty International.

“One case that has come to the attention of Amnesty International is that of Chai Chong. During his interrogation at Whitley Road Holding Centre, Chai Chong was tortured by electric shock treatment as well as beaten several times. On other occasions he had filthy rags forced into his mouth and red ants placed on his mattress. 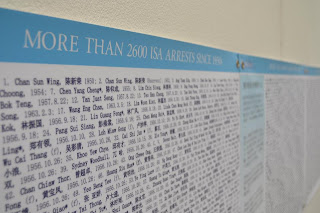 Wong Kui Inn was arrested in July 1976. During her interrogation, she was subjected to torture with electric shocks and the repeated pouring of cold water over her body. Her husband, Pang Hee Fatt, was also arrested in July 1976. During his interrogation, Wong Kui Inn was brought in to see him and he was beaten in front of her.

“On 8 April 1979, I was taken to an underground cubicle, C9, where they switched on the air-conditioner to full blast and directed the cold blast at my body. There were four people - I would recognized them. They handcuffed my hands behind my back, removed my clothes, and poured cold water over my body. I was numb. According to my calculation, they poured water over my body 46 times. The main person was Liu (translation). I was shivering and could not talk.

This whole day I was tied to a wooden chair. They pulled my hair, pressed my nose and poured water through my nose and mouth. They pressed my throat and hit my lower abdomen three times until I suffered spasmodic pain. They hit my ribs with their knuckles and one of them applied a karate chop to my chest. One of them threw me on the floor. They then poured water over me and hit my head.

They said, "This is how we treat animals.”"

In March of 1978, a prisoner named Chan Hock Hua was diagnosed with cancer of the liver and was released from detention. A few days later, on 25th of March, he passed away in a private hospital.

“..Chan's family have repeatedly alleged that he was suffering in fact not from cancer of the liver but from a lacerated liver caused by beatings he had received in the early years of his detention.

The frequent detention of journalists under the ISA have secured for Singapore an almost uncritical press. Thus, when detainee Chan Hock Hua died, no newspaper in the Republic was willing to carry an obituary notice from his family.” 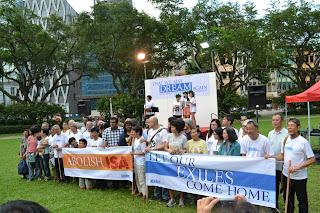 And thirdly, if you are a member of the PAP, you are responsible for the continuing use of the ISA. Currently, I believe there are about 20 to 30 Singaporean Muslims who are detained under the ISA or on Restriction Orders. We don't know if any of the recent and current ISA detainees have been mistreated. In September of 2011, I had sent an email to the ISD on behalf of my political association Singaporeans For Democracy asking to visit the detainees. There had been no reply from the ISD.

Dear members of the PAP, if you do not endorse or condone the above which I have described, I would now urge you to campaign for a national commission of inquiry to investigate all past and current abuses of the ISA. 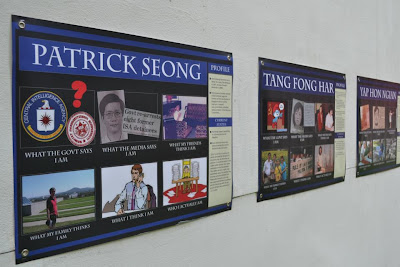 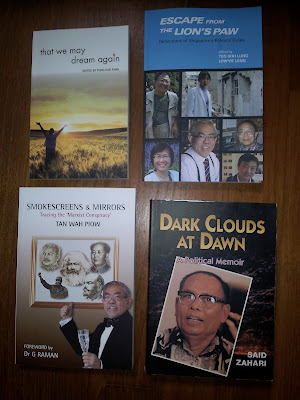 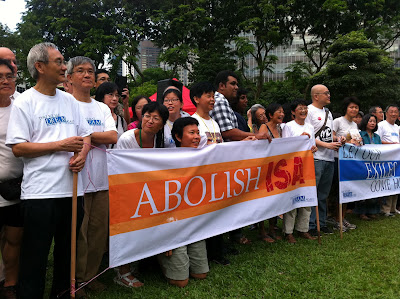 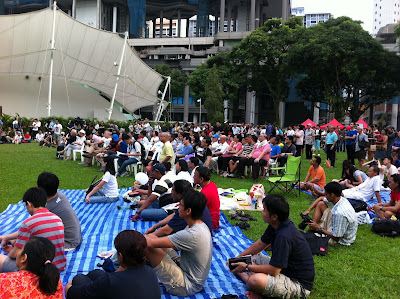 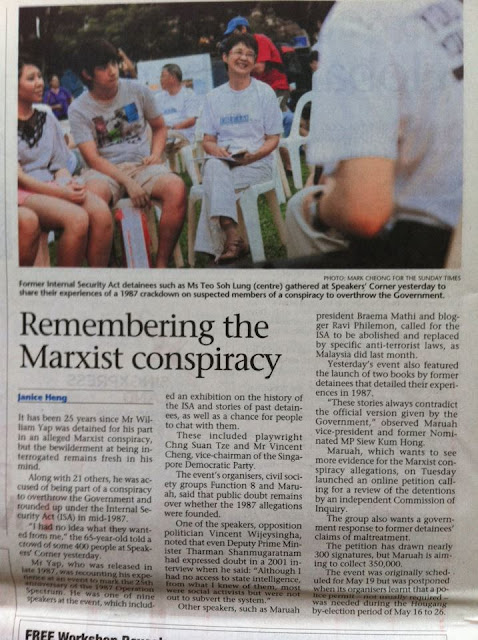