Speaking at a forum "The Enduring Consequences of Operation Coldstore in Singapore", former political detainee Dr Poh Soo Kai called on the current PAP government to disassociate itself from the actions of its past, which he characterized as "crimes against humanity." He also reaffirmed the call by former political detainees for a commission of inquiry.

Other videos of the event:

"Special Branch and the ISD did not, does not have any evidence that the Operation Coldstore detainees were engaged in any communist conspiracy." - Dr Thum Ping Tjin

THE STORY OF LEE TEE TONG, THE MAN WHO WON THE 1963 ELECTION OF BUKIT TIMAH 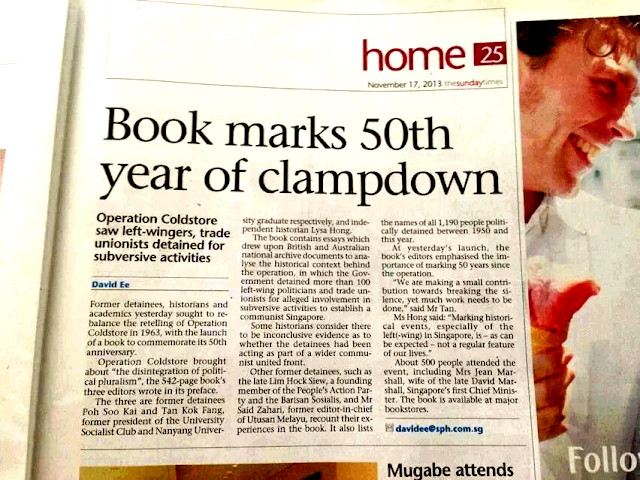 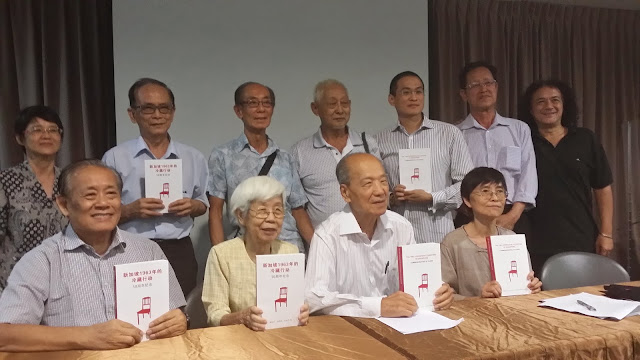 I am the filmmaker of the two aforementioned films.

1. "Zahari's 17 Years" was gazetted as a prohibited film under section 35 of the Films Act in April 2007 by the then minister Dr Lee Boon Yang.

2. Similarly, "Dr Lim Hock Siew" was gazetted as a prohibited film by your predecessor RAdm(NS) Lui Tuck Yew in July 2010.

4. Section 35 of the Films Act states that "any person who has in his possession or who distributes any film the possession or distribution of which has been prohibited under subsection (1) shall be guilty of an offence and shall be liable on conviction to a fine not exceeding $10,000 or to imprisonment for a term not exceeding 2 years or to both, and the film shall be destroyed or otherwise disposed of as the Minister thinks fit."

5. I am now informing you that I am currently distributing both films via links that appear on my blog singaporerebel.blogspot.sg

6. Please act accordingly - Either adhere to the strict letter of this archaic law, or if your moral conscience allows, lift the ban on the above two films.

7. Said Zahari and Dr Lim Hock Siew's account in the films do not distort history. In fact, they are supported by data released by the Colonial Office records in London and other accounts by fellow detainees of the time, particularly with regards to the circumstances behind Operation Coldstore and the use of physical and psychological torture on political prisoners by the Internal Security Department (ISD).

8. The families of Pak Said, the late Dr Lim and an entire generation of former anti-colonial activists would see your move to the lift the ban as a long-awaited reconciliatory gesture to heal the wounds of detention and exile.

What is it about the Singapore/Malaya merger and Operation Coldstore?
By Dr Thum Ping Tjin

Operation Coldstore: The elephant in the classroom
By Hong Lysa 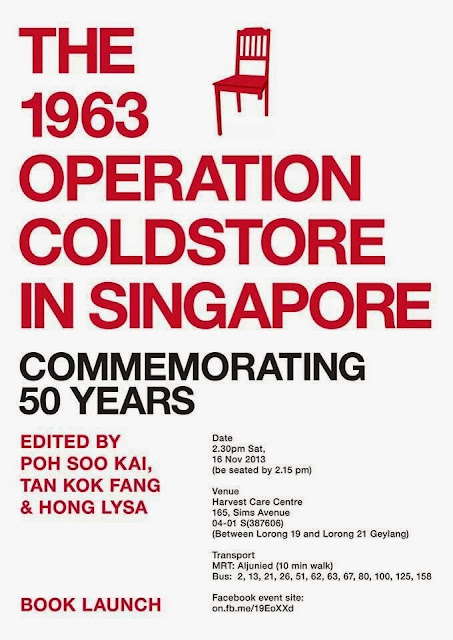 The police has denied a permit for a March for Minimum Wage which was planned for International Human Rights Day, December 10th 2013. I had applied for the proposed route to start from Hong Lim Park and to end at the Istana. The police cited "risk of public order" in rejecting the permit. 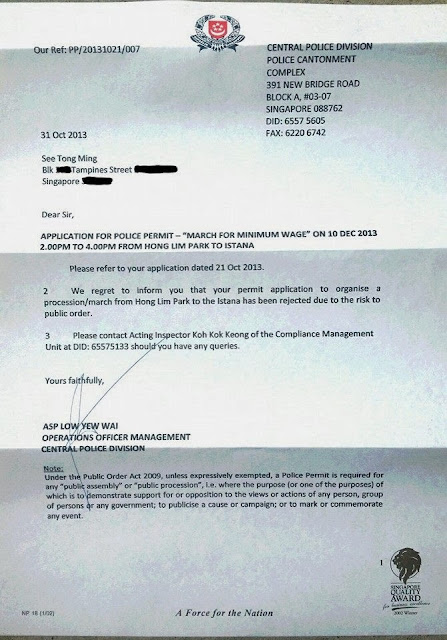 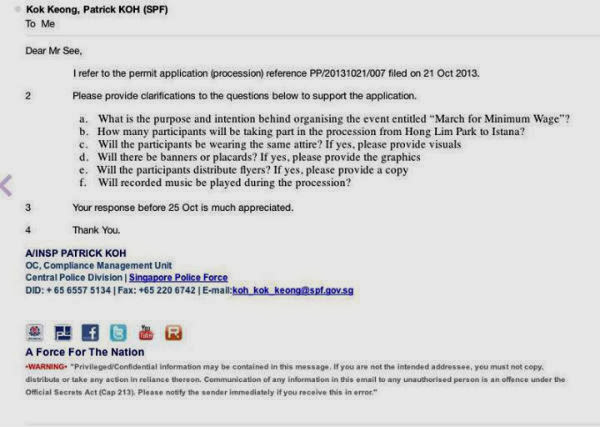 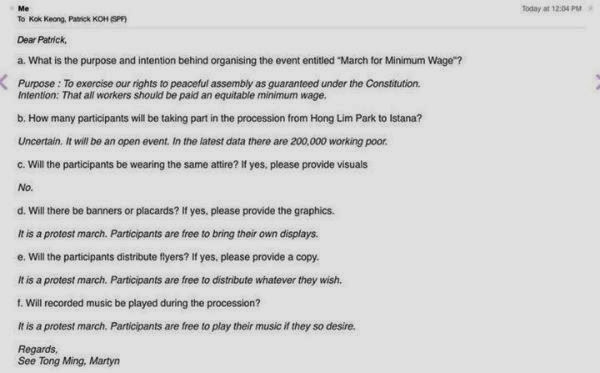 
My previous open letter to the police commissioner