More ex-detainees speak out : Political violence and the abuse of the ISA in Singapore 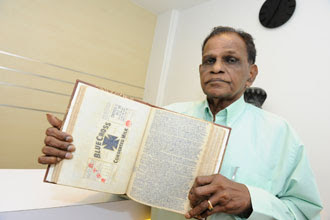 DAYS after initiating legal action against the Singapore Government for damages for alleged torture, ex-detainee Michael Fernandez now plans to sue the Malaysian authorities as well.

The writ will be filed with the Malaysian High Court by this week, and will name Malaysia's Attorney-General and the Malaysian government as the defendants, according to Mr Fernandez's lawyer, Mr M. Ravi.

Its claims will be similar to those in a writ filed against Singapore's Attorney-General on Thursday last week, namely that Mr Fernandez, 77, was subjected to 'severe physical and mental torture, humiliation and loss of income' during his detention from 1964 to 1973.

At the time of Mr Fernandez's arrest in September 1964, Singapore was part of Malaysia. Singapore left Malaysia in August 1965.

Mr Ravi said at a press conference yesterday that Malaysian law firm K. Selva Barathy and Associates would be filing the writ with the Malaysian High Court.

Mr Ravi added that complaints would also be lodged with the Human Rights Commission of Malaysia and with the Malaysian representative to the Asean Intergovernmental Commission on Human Rights, prominent lawyer Muhammad Shafee Abdullah.

As for the Singapore writ, a spokesman for the Attorney-General's Chambers confirmed yesterday that it has been served the writ. It now has eight days to indicate whether it will contest the suit.

Mr Fernandez was a leftist activist in the 1960s. 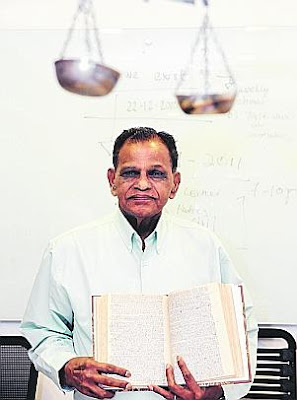 
There are three things you need to know about Singapore.

1. The only political violence that has happened in the last 45 years in Singapore are the ones inflicted on political prisoners behind the walls of the Internal Security Department.

Links :
Political detention in Singapore : Prisoner case histories
The ISA as a political tool
Life in Singapore's political prisons
Surviving long-term detention without trial
Detention of journalists and lawyers under the ISA
A detainee remembers

2. The Internal Security Act has been abused (to serve political ends) more often than it has been used appropriately (to safeguard national security).

23 years after Operation Spectrum : Ex-detainees recall mental and physical abuses
I'll forgive Lee Kuan Yew if he admits to his error and apologises to me : Lim Hock Siew

3. The people and the institution responsible for the political violence and the abuse of ISA are still in power today. Open discussions on such topics remained sensitive, and even outlawed, in Singapore.

Ex-political prisoner speaks out in Singapore (Banned in Singapore) from sotong on Vimeo.