Don't shade the past, tell it like it is, says LKY 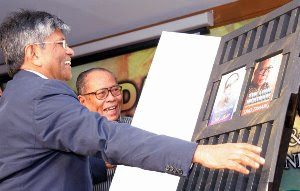 Said Zahari, a former journalist detained for 17 years without trial in Singapore, launches the English and Malay editions of his memoir in Kuala Lumpur. Officiating the launch is Malaysia's Information Minister Zainuddin Maidin, who elected to break into song midway into the proceedings and then quipped about sending Singapore's Lee Kuan Yew a copy of the book.

Meanwhile, encouraged by an upcoming publication of memoirs to be written by former MPs, including those of the opposition, MM Lee Kuan Yew has written to the Straits Times to urge the authors not to fudge history, and to tell it like it is.

Strange call, this one. Almost as surreal as the one about allowing 'Singapore Rebel' if it was left up to him, and this recent one about decriminalising gays and senseless censorship.

In any case, the publishers should take his statement at face value and invite ex-political prisoner Chia Thye Poh to write his side of the story. After all, he was a MP from 1963 until his arrest three years later.

MPs should tell it like it is when writing memoirs 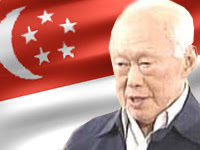 I READ ST, July 11th 2007, the views of Dr Chiang Hai Ding and former PAP MPs on their writing of their memoirs.

They would refresh their memories if they read up old written materials, speeches, press cuttings, notes, letters and photos. It is worth the effort.

MPs are important actors in determining Singapore's history. I encourage all MPs, including those who opposed the PAP, to give their accounts of the past.

They will give a multi-dimensional view of past events and provide richness and texture to the story.

World War II accounts, whether in books, on TV or on film, that draw on sources from all parties, the Allies, Germans, Russians and Japanese, make fascinating reading because they give a three-dimensional depth to past events.

When writing memoirs, you are talking to posterity. Among them will be historians who will check what you write against the accounts of others. So do not shade the past.

I respected Chin Peng, so I asked to see him when he was in Singapore.

However, the Plen was a disappointment. He avoided the facts. Chin Peng did not.