Encouraged by the determination of fellow former political prisoner Said Zahari to unveil the other side of history, Singapore’s Dr Lim Hock Siew has also decided to publish his memoirs. 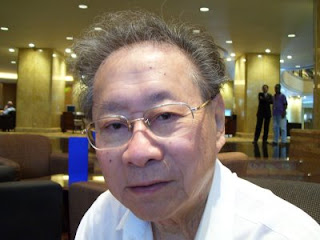 “Although I have told my story in a documentary film many years ago, I have decided to write it down myself in the form of memoirs like my ‘good brother’ Said,” he told malaysiakini during an exclusive interview in Kuala Lumpur.

Lim was detained without trial for almost 20 years from 1963 to 1982. (Which makes him the second longest-held political prisoner in Singapore after Chia Thye Poh)

According to him, although he was alleged to have participated in the activities of the so-called ‘Communist United Front’ in Singapore from the mid-1950s to early 1960s, he was never formally charged in any open court of law for the allegation.

“I still remember even my police interrogators told me that they knew I had never been a member of any communist party or group,” said Lim who was a central committee member of the opposition Socialist Front in Singapore at the time of his arrest.

He was detained during the 1963 Operation Cold Store, which saw more than 130 leaders of opposition parties, labour and student unions and journalists deemed to be left wing held as well. 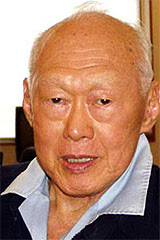 “Now, from all the already released records in London as well as other historical researches, it is clear that in launching Operation Cold Store, Lee Kuan Yew was serving the then strategic interests of Britain which wanted Singapore to continue to provide a forward military base in Southeast Asia,” said Lim

“It is also now an undeniable fact that Lee worked earlier for the Japanese military during the Occupation making Britain’s English materials available in Japanese-language for the occupiers,” he added.

Lim was a graduate of Singapore’s prestigious Raffles College and a medical doctor trained in University of Malaya, which was then located in Singapore.

“I was also a founder of University of Malaya’s Socialist Club which became the cradle for many politicians and intellectuals in both Malaysia and Singapore who fought for independence,” he recalled with a sense of pride.

“In those days, anti-colonialism was a very powerful and popular sentiment even in Singapore … I helped found the People’s Action Party (PAP) to fight for the freedom of Singapore from British rule and to reunite it with Peninsula to form an united, non-communal and progressive Malaya but when Lee turned right wing and started serving British interests, the party split and I left to join the Socialist Front,” he explained.

“I was completely English-educated,” stressed Lim, which was obviously a sarcastic and subtle rebuttal to the now stereotyped and widespread notion that the Left in Singapore in the 1950s and 1960s was a “Chinese-educated” phenomenon.

As for his detention, Lim said he did not suffer any physical torture.

“But, detention without charge or trial for an uncertain period of time is itself a form of torture, albeit a psychological one,” Lim said.

“When I was first arrested in February 1963, my son was only five-months-old but when I was released in 1982, he was already studying at the Cambridge University in Britain.

“I wish to thank my wife Dr Betruce Cheng for her understanding, fortitude and solidarity for the entire period of my 20-year detention and also for bringing up our boy,” he added.

Quizzed on what helped him preserve his sanity during his detention, Lim replied: “Political conviction, intellectual integrity and moral conscience”.

“I certainly have no regret for my involvement and participation in politics although I had to pay a heavy price for it. I am still a socialist who believes in democracy for the people and social justice for the working classes,” he stressed.
Posted by MIng at 1:31 PM